Be My Valentine Please 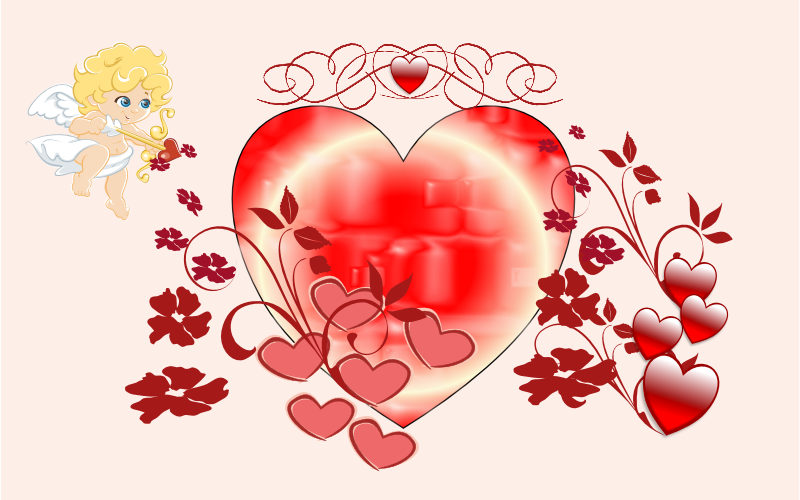 Although we tend to think each month in terms of the commercial calendar it is the month of February and everyone thinks of Valentine’s Day. We swoon and imagine the love of love’s, the romantic connotation for the participation in loving and being loved by someone. It is a beautiful notion for in truth love is the greatest and most sacred element of life. It is not only in the love relationship between two people it is in the consecration of the communication from one person to another.

Valentine’s Day has been rearranged for us through a flood of commercial enterprises. We must at all costs be obedient to this commercial production – but wait, it is the thought that counts.

Be my Valentine, please,
it is history’s most romantic holiday!
Do these things for me to make it true,
make a wish, buy a card, a cupcake,
chocolates, coke and candy,
be crazy, buy tickets to Tim buck too.
Comfortable, a day at the spa with mani and pedi.
Now there are four legged valentines, knock yourself out.
Its only one day out of the year, don’t sweat.
Valentine rewards special offers,
its FREE if you… do it again next year.
©2015 Original Creations: jm

What is the origin of Valentine’s Day, where does it come from? The answer may surprise you.

Valentine was a popular name in ancient times so there are quite a few monks named Valentine or Valentinus and Valentina, all were saints. However, it seems that poetic license had a part to play. No record exists of romantic celebrations on Valentine’s Day before the medieval English poet Geoffrey Chaucer wrote in 1375. In his work “Parliament of Foules,” he links a tradition of courting love with the celebration of a feast day of Saint Valentine. The association of courting and love and Valentine’s Day did not exist until after his poem became popular.

“For this was sent on Seynt Valentyne’s day

Whan every foul cometh ther to choose his mate.”

St. Valentina had nothing to do with Valentine’s Day and love she was martyred for her faith. This is the exact opposite of being courted in love in fact the deed was done through hatred.

“Women might choose to honor the only female St. Valentine (Valentina), a virgin martyred in Palestine on July 25, A.D. 308. The Eastern Orthodox Church officially celebrates St. Valentine twice, once as an elder of the church on July 6 and once as a martyr on July 30.” Source: History of things website.

If we were to introduce love for another every day and not only one day out of the year, what a difference that would make. Imagine actually accepting and loving another for who they are; now that would be a real time paradigm to remember – it would change your life forever.