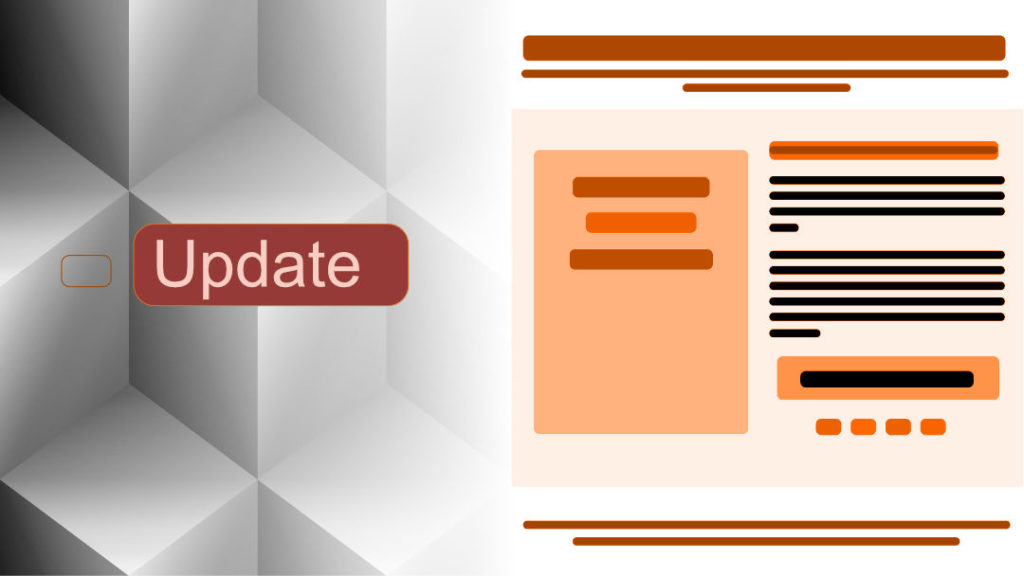 To get to the point of being able to click the update button and wait for the updates to implement successfully means following some good practices for the wellbeing of the website.

No one wants to spend so much time trying to figure out why the best software for a website, WordPress, is so difficult to operate.

It’s a simple solution. But it depends on whose advice you follow. How many plugins are installed in the site.

How much is too much? This depends on what extra functions you want your site to have.

No matter how simple your website is, there’s going to be problems of one sort or another with Plugins and Themes.

There’s an endless division in the world of websites.

The tech savvy and the non-tech savvy person. Obviously, the developer who crafts the core WordPress code, or a Theme knows more than the person who doesn’t.

The user is the operator of the website. Technology should simplify the process for the user, instead a website can be bloated with too many plugins.

When a major version of WordPress is updated some plugins may not work the way they used to. Keep these things in mind if you start to have problems with updates:

Make sure the plugin is compatible with your version of WordPress

Plugins are packages of code that extend the core functionality of WordPress.

The code is PHP, a scripting language used in open source software. This is what the developer uses when they “write” the code. The PHP files have “text,” HTML (hypertext markup language), CSS (cascading style sheets) and JavaScript, a specific code that is separate from the PHP scripting language.

Plugins are specifically coded and written by Developers who integrate the code to work within the existing core. Plugins add specific functions to the website.

There are 44,000+ Plugins in the WordPress Repository.

Ideally, plugins should work because they’re all WordPress Plugins. The Developer may have built an excellent plugin, but the plugin isn’t compatible.

This is not the fault of the plugin or the theme, it’s a fact. Plugin Developers are thrid party Developers and operate independently. A plugin adds functions to the WordPress core.

Fierce competition exists, and you’ll find one plugin developer criticizing another one. Just because a plugin isn’t in the WordPress Repository doesn’t mean it’s no good.

As a front-end user, I cannot fathom the eternal conflict with technology. We’re all using the same software, WordPress.

WordPress is a good software to use. You can tell by the number of people using it. 30% of websites worldwide run on WordPress. The core software is updated with security fixes regularly.

In the Dashboard in the Updates section you will see when there is an update needed.

The WordPress message will read; You have the latest version of WordPress. Future security updates will be applied automatically. 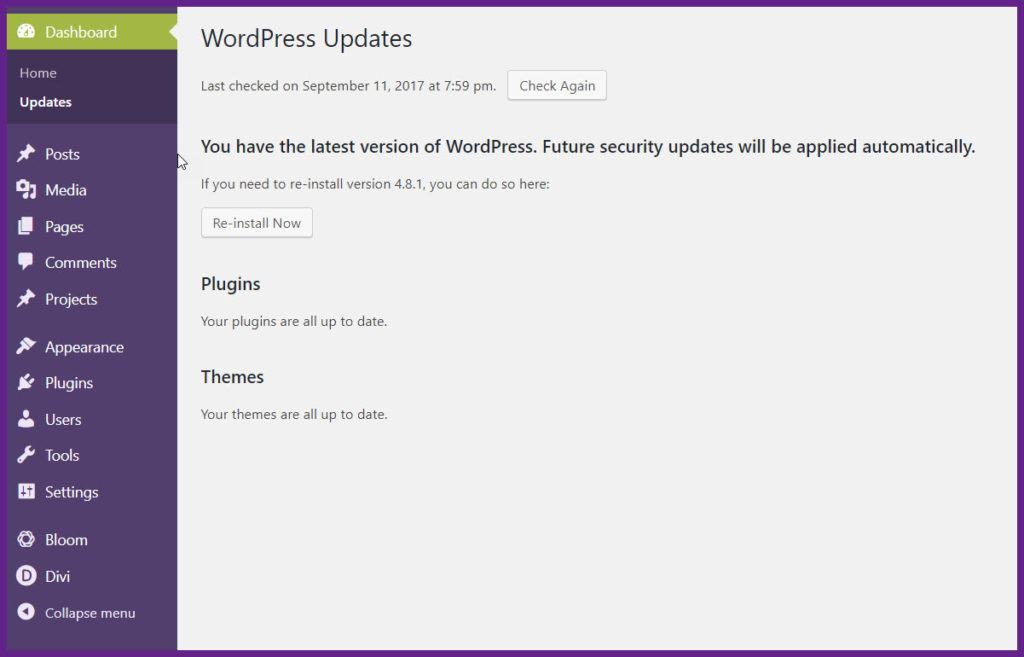 This site updates with one click. The customizations and changes made in the Divi Theme are inside the modules and don’t affect the Divi core code or WordPress core code.

The one click update will depend on how much modification exists in the site.

A Divi Child Theme is built from the Divi Framework, specifically styled by a developer and a designer. This is an alternative if you want a ready made website designed with the Divi Theme.

A Child Theme has a Style Sheet that is separate from the Parent Theme. There really is no need for a Child Theme.

All the styling is able to be implemented from the Divi Framework, the Parent Theme.

This website is not using a Child Theme, it’s built with the Divi Theme Framework by me, the user.

The Divi Theme has grown in popularity and there are plugins specifically for Divi. Naturally, I’m using those plugins. The social sharing plugin is Monarch, and the Newsletter sign up is Bloom.

The most recent plugin installed is the Divi Blog Extended plugin. The blog plugin has a selection of layout designs pre-formatted for the blog page.

There will always be updates, revisions, and code collisions. It’s the nature of technology.

Some updates are more significant and if you’re using 3rd party plugins you might find the plugin stops working. If that happens you can rollback your website to the previous version and wait a few days.

All the 3rd party plugin developers will be updating their plugins.  Then when the 3rd party update notice arrives you can smile inwardly and do the one click update.

← And then there is Divi The Paradigm of WordPress Gutenberg →